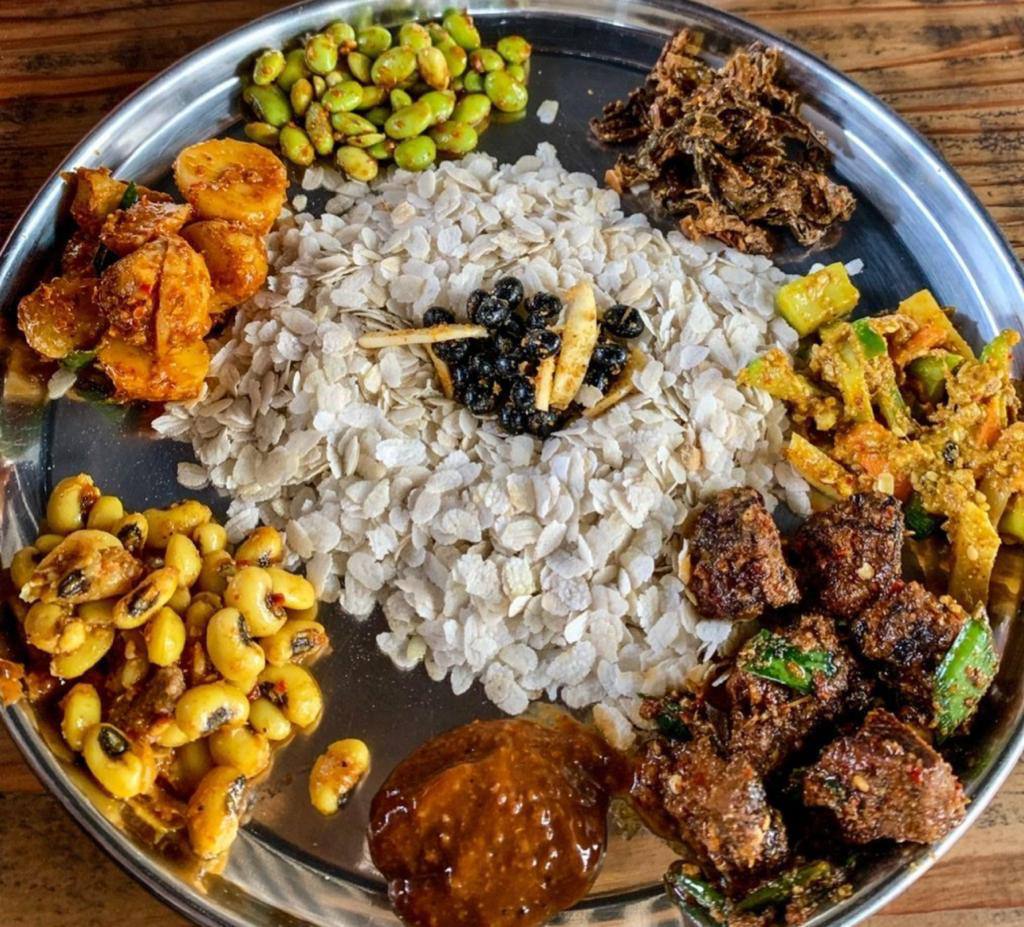 Nepal is a multicultural, multi-ethnic and multireligious nation. With multiple cultures comes
multiple cuisines that are diverse in taste. Nepal’s food is a mixture of the food habits of
people of different cultures and traditions. The food in the Himalayas is somewhat influenced
by Tibetan and Chinese cuisines; whereas the Terai sees more influence from ndian cuisine.
However, some of the cuisines are native to Nepal like the Newari cuisine of the Newars of
Kathmandu Valley.

The capital city of Nepal, Kathmandu, is home to the magnificent culture and traditions of the
Indigenous Newar community. Newars have a lot to offer. They are incredible not just in art,
crafts, and culture, but in a range of delicacies to treat your tastebuds. Newari cuisine is one
of the most profound and delicious cuisines of Nepal which consists of more than 200 local
dishes ranging from meat items, vegetables, and beaten rice to salads, soups and desserts.
Newari cuisine is influenced by both Indian and Chinese cuisines as Newars have been
conducting trade with both nations for a very long time. Newari food is basically
separated into three categories:

Newari cuisine is eaten by sitting on a mat Sukul, Gundri usually prepared with hay.
Everyone sits sideways on a long mat by folding their legs in a half lotus position. betfinal عربي روليت عربي They start
their meals by drinking Chhyang equivalent of wine in western countries. Newari foods are
flavored with spices like cumin, coriander, black pepper, chillies, bay leaves, cardamom,
cinnamon, ginger, garlic etc which gives the unique aroma and taste to the cuisine.